Centrally located, just minutes away, but miles away from ordinary. 4 km south of Fullarton, 11 km north of Rannoch between Mitchell & St. Mary’s, 29 km west of Stratford, 51 km north of London. 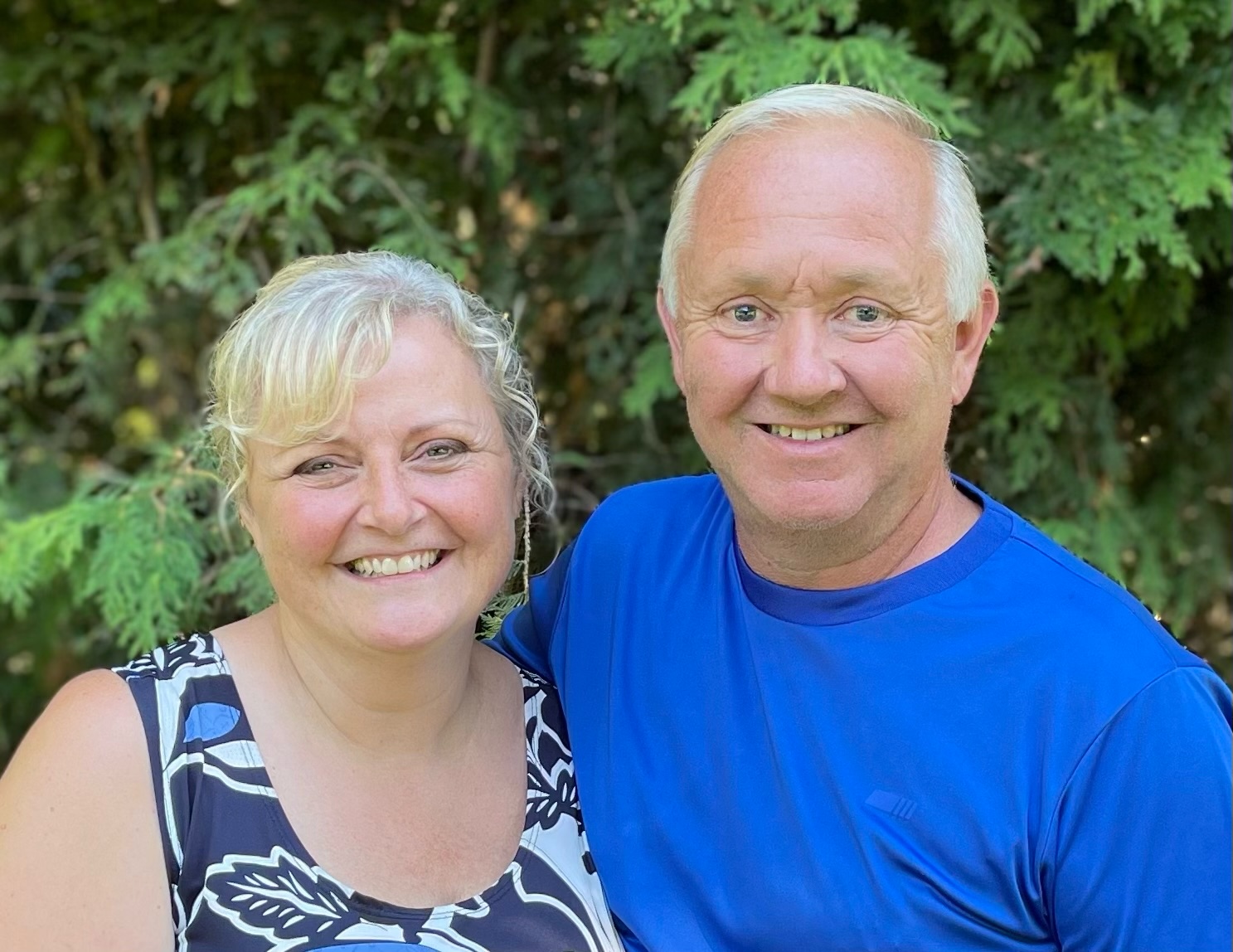 Steve and Sue are excited to begin this new adventure as part of the Experience Camping family! They are both firmly grounded in the principle that customer service is key and they are looking forward to serving the people of the Windmill Family Campground community to the best of their abilities.

They bring with them a wealth of knowledge and experience in both the retail and hospitality sectors and are eager to put their skills and ideas into action at Windmill Family Campground, to continue to build on everything that has already been done to make Windmill such an amazing place to create lifelong memories.

Their motto: ‘Come as a guest, stay as a friend!’

Steve is an avid (compulsive!) gardener with an extensive plant collection that has travelled with him through several moves. Family and co-workers often refer to Steve as the Energizer Bunny because he just keeps going…and going…Sue has often told him he needs to wear a bell around his neck so she can keep track of him! (Hint: when in doubt, check the garden!) When the weather keeps him out of the garden, Steve is fascinated with renovating and furnishing miniature houses. He also likes to create hypertufa concrete planters and garden art.

Sue is more of a homebody. Although, if you’re an early riser, you’ll likely see her taking a brisk walk around 6am. She is a voracious reader and loves creating artwork, and painting – including art, walls, and furniture! Sue also loves to help people and is proficient in several alternative healing modalities. She finds cooking and baking enjoyable as well…as long as someone else does the clean up!

Sue and Steve were married in 1987 and just celebrated their 35th wedding anniversary in July. They met in college where Steve was taking Horticulture and Landscape Design and Sue was studying to be a Floral Designer.

Steve was born and raised on his family’s farm on Highway 23 just outside of Monkton. Before moving to Stratford, Steve and Sue lived in Atwood where they opened a flower and gift shop. While Sue looked after the store, Steve began working at Cozyn’s Garden Gallery where he stayed for 14 years and was promoted to Greenhouse Manager.

During those years, Steve and Sue started their family. Their daughter, Stephanie, is now 32 and their son, Brandon, is 30. They sold their store and moved to Stratford where Sue also went to work for Cozyn’s as a Floral Designer before returning to school to obtain a diploma in Hospitality Marketing and Management. Their next endeavour had them purchasing a five-bedroom bed and breakfast, Rosewood Manor, which they ran for 3 years while also keeping their full time jobs.

After selling the bed and breakfast, Sue returned to Cozyn’s as the Store Manager until a few years later when they had the opportunity to buy Sebringville Garden Centre. Steve and Sue, along with their dedicated staff, operated the garden centre for fifteen years, always with an emphasis on customer service.

Five years ago, Steve and Sue both returned to work at Cozyn’s; Steve as the Nursery Manager and Sue as the Office Manager. Now, after four decades in the horticultural industry, Steve has decided to hang up his pruning sheers (professionally only, of course!) and shift gears in a new direction for this next chapter of his life.

Steve and Sue are eager to embrace this new venture and they plan to continue until they’re ready to retire – so at least for another twenty years or so!!